The Indomitable Nuns of the French Revolution 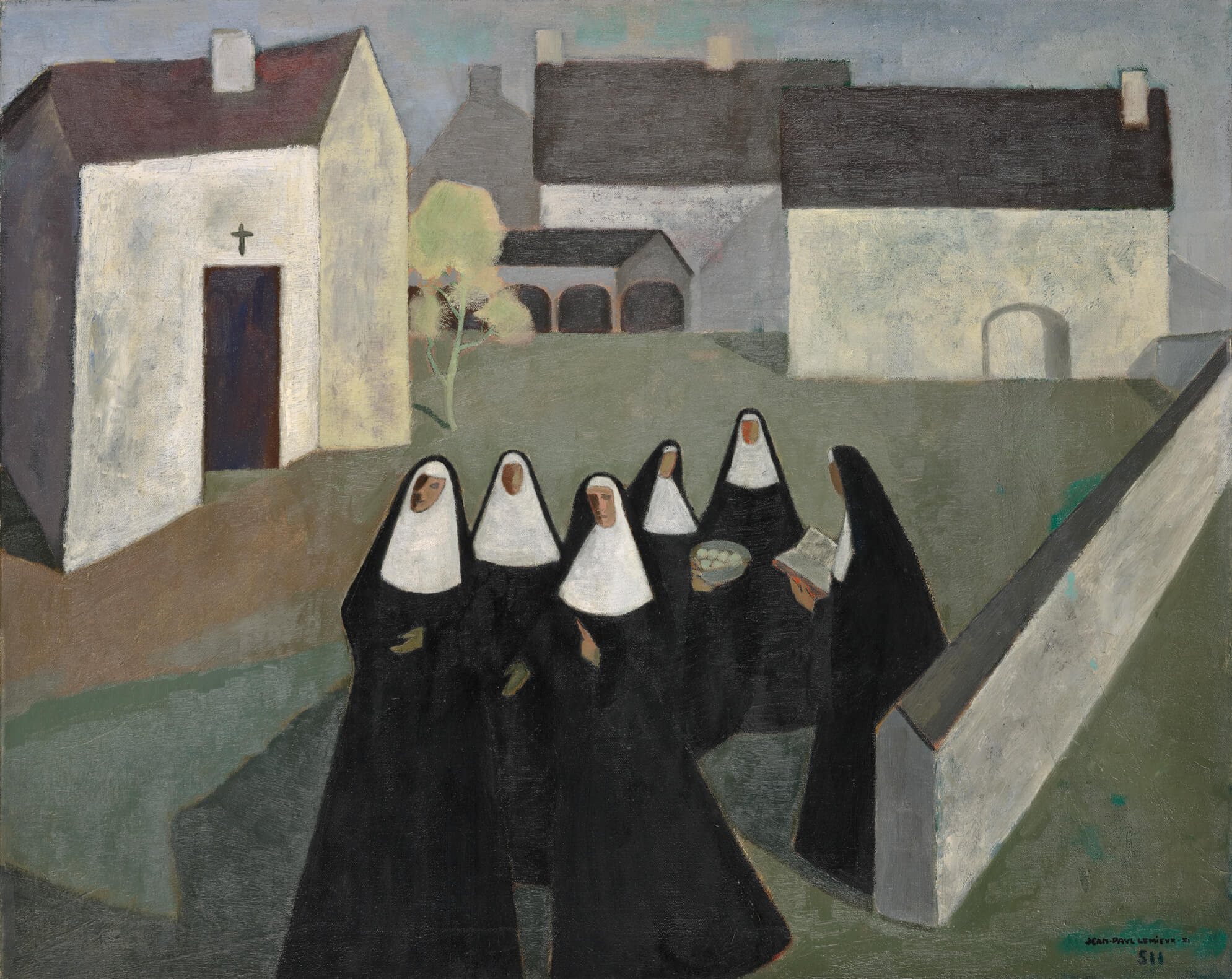 If it’s true, as the philosophers say, that eternity is the experience of all time at once, then surely writing about history is one way to practice for heaven. I’ve seemingly lived a good chunk of my recent life in the eighteenth century, and I can now expound upon everything from the process of producing indigo dye to the sanitation system (or lack thereof) at Versailles. This week, I’ve had the fun of researching life among the cloistered teaching orders of religious sisters in revolutionary France. The book I’m reading is A Social History of the Cloister: Daily Life in the Teaching Monasteries of the Old Regime by Elizabeth Rapley.*

This kind of research is its own special sort of entrée into eternity because the women in this book are my sisters in Christ. I might get to meet them someday, outside of this time. And that’s an exciting prospect because many of them were completely badass.

What’s not exciting to read about is the Church in eighteenth century France, either before or after the revolution. Before, you find an absolute muddle of a Church that answers to both the pope and the king, a political minefield of power-hungry clerics and money-grabbing statesmen who are frequently engaged in non-violent but very real wars against each other, with little or no regard for either the public welfare or the spiritual health of the kingdom. It’s enough to make ordinary people want to grab their muskets and revolt against them both…

After the 1789 revolution, however, it’s fair to say that Hell broke loose. Even before The Terror imprisoned and massacred thousands of priests and nuns, the government seized all Church property. Then, the 1790 Civil Constitution of the Clergy required all clergy to swear an oath of allegiance to the government, thereby denying all papal authority. But of course, not everyone did:

On 9 April 1791, the town [of Saint-Sever] prepared to receive its new constitutional bishop, Jean-Pierre Saurine, with full honours. At four in the afternoon, the cannon sounded and the bells rang out as planned—all except those of the Ursuline convent. Immediately several armed men went to the convent and demanded that the bells be rung. When the nuns replied that they could not do so in good conscience, the soldiers began to chop down the door. Thereupon Reverend Mother capitulated—after a fashion: “We are not going to ring them, but since you want it done, come in and ring them yourselves.” By this time the troop had swollen in numbers, and the community waited anxiously as the men tramped through the building and rang the bell. They left peaceably enough, but war had been joined, and the nuns knew it.

Next morning the new bishop—“the intruder,” as the nuns persisted in calling him—departed, leaving orders for the convent to conform to the new laws. Several hours later, the bishop’s delegate, accompanied by the mayor, the syndic, another notable, and an “ex-Capuchin” arrived at the grille. The syndic read out an official order installing the ex-Capuchin as the monastery’s director and forbidding the nuns to hear Mass from anyone else. Then the delegate began to speak with charm and benevolence, only to be cut short by the Reverend Mother: “Permit me to speak from my heart and that of my community. We will not recognize any bishop other than the one to whom we have vowed obedience. We cannot accept Mr. Saurine; we will not obey any order from him, and we will never communicate with any priest sent by him. These are the sentiments of the Ursulines of Saint-Sever. They cannot be false to the promises they made at the foot of the altar on the day of their profession; to be faithful to those promises, they will bear every thing and joyfully suffer even death itself.” The delegate asked if he could have this in writing. The nuns assented, the whole community signing the statement.

Those nuns held firm, refusing even to take possession of letters sent to them by would-be Bishop Saurine. They endured months without a priest or access to the sacraments, being forced out of their own church before, surprisingly, winning it back in 1791 when “local authorities were forced to acknowledge the law passed by the National Assembly that ‘freedom of worship is implicit in the Declaration of the Rights of Man.’” For the moment, the Ursulines had won.

Also in 1790, an inquest took place in which all nuns were offered the opportunity (in the name of liberté) to renounce their vows and assume a secular life. The number who chose to accept was “infinitely small.” Rapley does not cite a national total, but in the cases she does cite, the average is a fraction of one percent.

The Catholic Church of late eighteenth century France was in many ways a diseased political swamp, which then became a government-sponsored anti-Church. All but four bishops refused the oath of allegiance, but some fifty-five percent of priests swore their faith to Mammon. Certainly, some nuns did, too. But it is always in the greatest trials that heroes are born, and this was an age of martyrs. Many heroes remained hidden away in French monasteries, their names and deeds often lost to history. But their quiet, steadfast adherence to the Truth in Jesus Christ will be written large in heaven.

The official’s interrogation of the old lady, an ex-Ursuline, who had been discovered running a small clandestine school, occurred in the Year V.** Here is a part of the interview as it survived in local tradition: (Q) “What doctrine are you teaching your pupils?” (A) “The faith of our fathers.” (Q) “And if our fathers were mad, would we have to follow them?” (A) “Citizen, I knew your father; he was a good Catholic and a man of sense and character. He would not have spoken to me as you are doing.” The official’s reply is not recorded. He did not have spiritual descendants to commemorate his words and deeds. The old nun did.

*This book is out of print, but several used copies are available online. I’m waiting for my second copy to arrive because the first was missing twenty pages!

**Year V refers to the French Republican Calendar, which makes me roll my eyes every time I see it. Year V began on September 22, 1796. The woman in this story is an “ex-Ursuline” because by this time, all monasteries had been forcibly closed.