The Official Blog of Karen Ullo

The Sacramentality of Alien Tattoos: A Review of Markmaker by Mary Jessica Woods

My wife Karen Ullo is co-founding editor of Chrism Press, an imprint dedicated to publishing Catholic and Orthodox fiction. One afternoon, she was delighted to tell me that Chrism acquired a science fiction novel named Markmaker by Mary Jessica Woods. Intrigued by Chrism’s foray into science fiction, I volunteered to review the novel when it came out.

Markmaker is the story of a skilled tattoo artist or “markmaker” named Mariikel, who comes from a race of aliens called the Noxxiin, known for the marks of “truth” on their skin. As a markmaker, Mariikel is a member of an almost priestly caste, training all his life to paint symbols of ancestry, honor, and legal privilege that serve much like sacraments for his culture. Mariikel experiences a crisis, however, when he finds out that he unknowingly marked an exile for a crime he did not commit.

The exiles are the outcasts of this society, banished to the foul-smelling Underbelly of the Noxxiin’s giant ship. They live cut off from the rest of society in squalor and starvation. To atone for the sin of marking the innocent man, Mariikel commits even greater crimes, secretly traveling into the Underbelly to give unlawful marks to the exiles. These false marks become marks of dignity, especially to those who were born to exiled parents and have never left the Underbelly. Scenes that come to mind are when Mariikel marks a fatherless infant born to an exiled woman and erases the marks of an exile, completely washing him of his past.

J.R.R. Tolkien infused his Roman Catholic faith into the fantasy worlds of The Hobbit and Lord of the Rings, depicting time-honored Christian virtues such as integrity and bravery. Similarly, Woods infused her Byzantine Catholic faith into the world of Markmaker, using the iconography of tattoos to highlight the possible conflicts between tradition, truth, and mercy. These conflicts are even more apparent in the Catholic Church today, especially in the emphasis of the current pontificate.

Mariikel’s priestly character bears an uncanny resemblance to Pope Francis. When he was a cardinal in Buenos Aires, Francis would travel into the slums to minister to outcasts. His experience there has since guided his papacy. Immediately prior to his election, Francis called for the Church to go out of herself into the peripheries. He then called for a “poor Church, for the poor” and for pastors to “smell” like their sheep. Francis even referred to priests as “animals” when they denied sacraments to illegitimate children.

Later in the novel, as Mariikel’s clan faces extinction, they become migrants desperate for a new home. Francis has a particular fondness for desperate migrants. And the environmentally toxic Underbelly that Noxxiin society ignores is a perfect analogy for Francis’s decried “culture of waste.”

Markmaker also appears to call into question the ethics of incessantly applying laws without considering the sinner’s circumstances, which is central to Francis’s theology of mercy. Pope Francis famously derides this emphasis on rules as overly rigid. The controversy over footnote 351 of Amoris Laetitia, where Pope Francis seemingly proposes sacraments for the divorced and remarried, comes to mind. Mariikel’s willingness to break rules to provide dignity to those who suffer gave me an unexpected perspective on Pope Francis’s pastoral mission.

I am grateful to Chrism Press for publishing Markmaker, and I recommend it to anyone interested in science fiction with a deeper spiritual meaning, regardless of their religion. Despite Mary Jessica Woods’s status as a first-time author, I believe my comparison to J.R.R Tolkien is not off-base. In fact, her novel was easier to read than Tolkien.

The mark of quality science fiction is the creation of an alternate world that successfully suspends a reader’s acceptance of reality. Readers then critically evaluate this world according to their existing values. When the story ends, readers can apply this same evaluation to real life and learn the story’s true lessons. In this regard, Markmaker hits the “mark.” I look forward to Woods’s next novel. 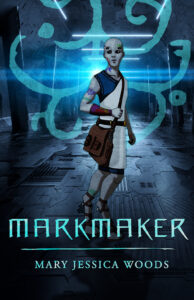 Markmaker is available from Chrism Press. 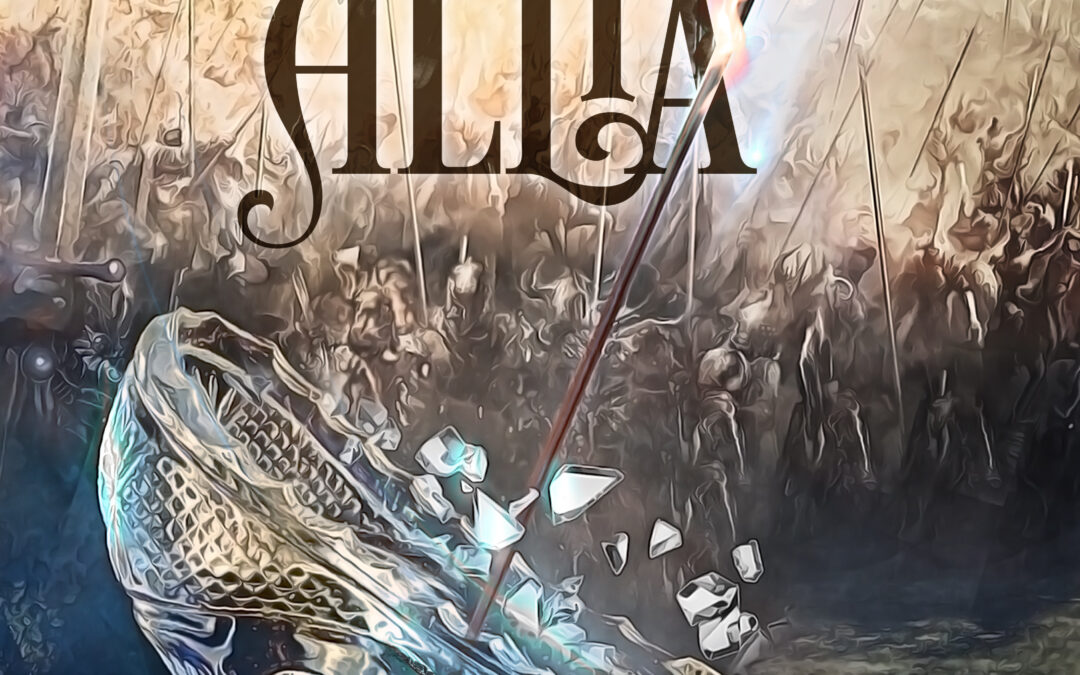 July 6, 2022 marks the 5th birthday of Cinder Allia — and to celebrate, I’m giving you TWO ways to read it for free!

FREE on Kindle Unlimited through September 27–available for the first time ever on KU!

Happy birthday to my favorite fairy tale! Hopefully I’ll have more to share with you about the movie version soon. 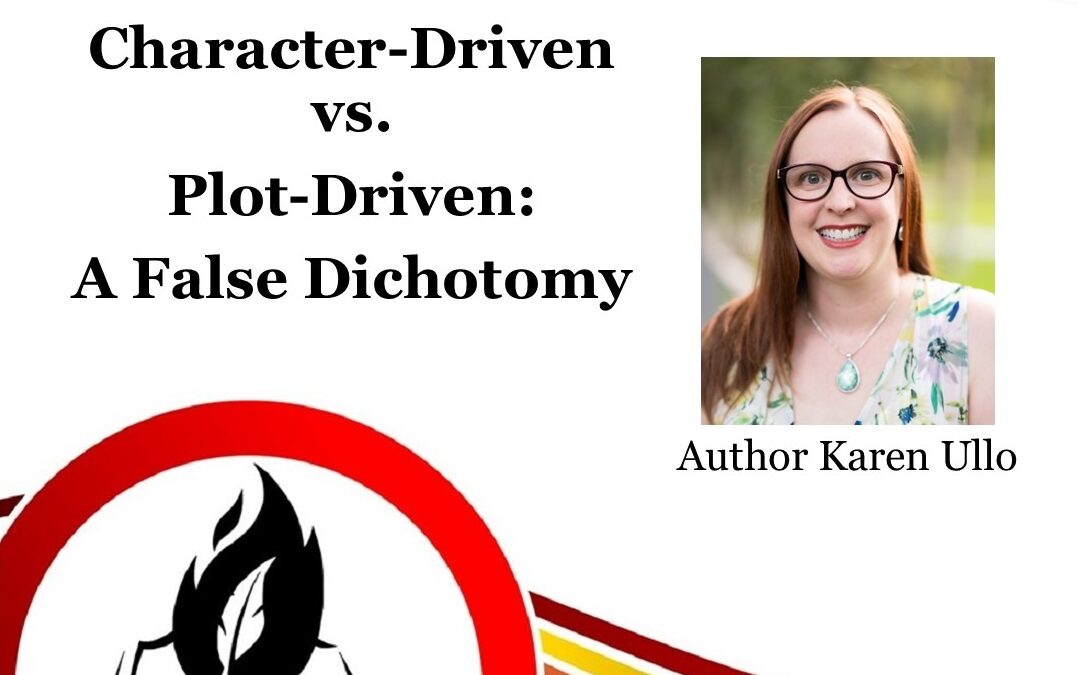 Join me in Shaumberg, Illinois July 25-28 for the Catholic Writers Conference and Catholic Marketing Network Trade Show! I’ll be presenting Character-Driven vs. Plot-Driven: A False Dichotomy and moderating a panel on the Editing Process. Plus, Chrism Press will be hearing pitches, and there’s so much more to check out. I hope you’ll join me! 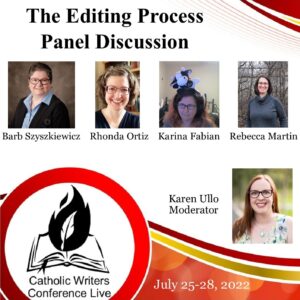 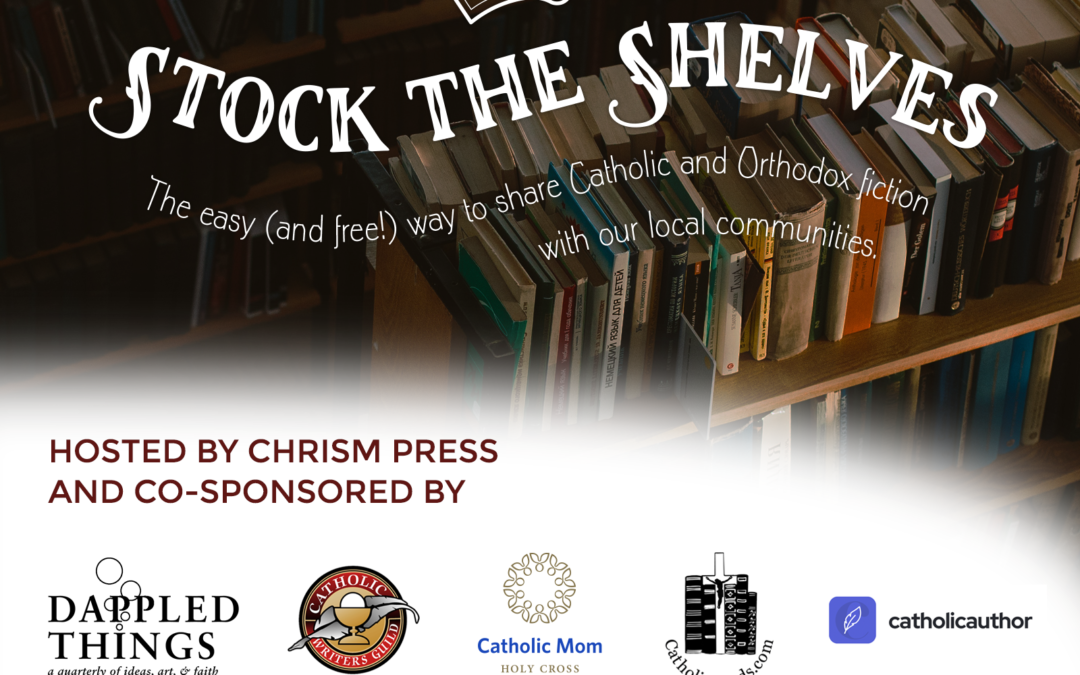 The public library may be one of the last places on planet earth where it is possible to get something for nothing–and it is definitely the only place where a taxpayer can make direct decisions about how to spend government dollars without consulting The Powers That Be. That’s right: the public library has a budget allocated from your taxes, and you, as a library patron, can request that they purchase any book you choose. The money is going to be spent, but whether it goes toward the 857th copy of a John Grisham novel or something truly unique and interesting is, in part, up to you.

That’s why I’m proud to partner with Chrism Press, Dappled Things Magazine, the Catholic Writer’s Guild, Catholic Reads, CatholicMom, and Catholic Author to bring you Stock the Shelves, a simple, absolutely free way that you and I can help bring Catholic and Orthodox fiction to a wider audience. When libraries order new books, they tend to stock them on the New Arrivals shelf for several months, where they’re front and center to attract new readers and inspire new imaginations. I’ve seen this happen with books I myself requested, books with small sales figures that would seem to appeal to niche audiences–yet when I visit the library or check the status online, they are almost always checked out. People will take chances on new titles or unknown authors at the library more readily than in the bookstore because they can do so for free. Yet when a library purchases a book, the author makes the same royalties as on any other sale. Everybody wins.

Will you please join me during this campaign, May 15-31, 2022, by doing something simple and absolutely free to help promote great Catholic and Orthodox fiction? Choose any modern novel from a Catholic or Orthodox writer and simply ask your library to acquire it. Most of them have online forms where you can do this easily from your own home. Or you can take a trip to the library (Yay! Book road trip!) and make the request to your librarian in person.

To see all the books and authors affiliated with the campaign, click here. For information about my own books, keep reading. 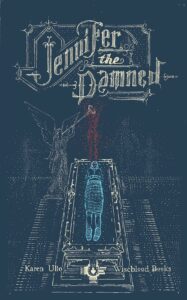 Back Cover Copy:
When a sixteen-year-old orphan vampire adopted by an order of nuns matures into her immortal, blood-sucking glory, all hell literally breaks loose. Yet with every rapturous taste of blood, Jennifer Carshaw cannot help but long for something even more exquisite: the capacity to experience true love. As she struggles to balance her murderous secret life with homework, cross-country practice, and her first boyfriend, Jennifer delves into the terrifying questions surrounding her inhuman existence, driven by the unexpectedly human need to understand why she is doomed to a
life she never chose.
Bridging the gap between the literary tradition of Bram Stoker’s Dracula and the modern teen vampire romance made popular by the Twilight series, Jennifer the Damned reexamines the legendary monster as a conflicted and complex being. Jennifer is at once the quintessential vampire, embodying an unholy union of life and death; yet she is also a sympathetic young woman full of spiritual anxieties, gifted with a limitless sense of ironic humor, and possessed of a beautifully persistent
hope in the love she yearns for.

Back Cover Copy:
Cinder Allia has spent eight years living under her stepmother’s brutal thumb, wrongly punished for having caused her mother’s death. She lives for the day when the prince will grant her justice; but her fairy godmother shatters her hope with the news that the prince has died in battle. Allia escapes in search of her own happy ending, but her journey draws her into the turbulent waters of war and politics in a kingdom where the prince’s death has left chaos and division.
Cinder Allia turns a traditional fairy tale upside down and weaves it into an epic filled with espionage, treason, magic, and romance. What happens when the damsel in distress must save not only herself, but her kingdom? What price is she willing to pay for justice? And can a woman who has lost her prince ever find true love?
Surrounded by a cast that includes gallant knights, turncoat revolutionaries, a crippled prince who lives in hiding, a priest who is also a spy, and the man whose love Allia longs for most—her father—Cinder Allia is an unforgettable story about hope, courage, and the healing power of pain.