The Art of Plagiarism 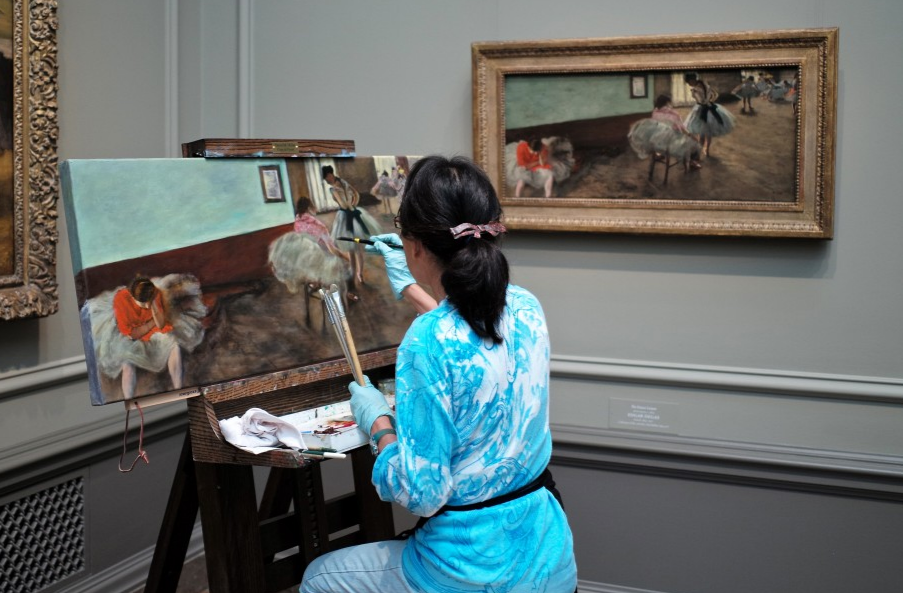 Artistic influence is a strange, enigmatic, and terrifying realm. To probe it even superficially reveals the strands of threads that lead to words like copying and theft. I remember in high school having to learn the sources from which Shakespeare took his plays—Romeo and Juliet came from Tristan and Isolde, Julius Cesar came from Plutarch—and thinking to myself, What a fraud. Why do we revere this guy? Actually, knowing High School Me, I probably didn’t just think it. I probably complained about it loudly to the class. Who could blame me, when the very same teachers who made us memorize Shakespeare’s sources also gave regular lectures about the evils of plagiarism and the penalties that would result therefrom?

I wasn’t quite sure what to make of it when, on my very first day as a music major in college, the Assistant Dean of the music school told all of us incoming freshmen that “In music, plagiarism is the highest form of flattery.” He was careful to warn us that this view did not extend to tests and term papers, but it was hard to deny that, when it came to music, he was right. Variations on a theme by [Insert Composer Here] is a very common title. Ravel orchestrated Mussorgsky’s piano composition Pictures at an Exhibition, and his work became more widely performed than the original. Gounod superimposed a melody over a Bach piano prelude, added the (definitely not original) text of the Ave Maria, and, hey presto, Gounod’s new composition became immortal. In music, the line between original and derivative is paper-thin, if you can see it at all. And music is all the better for it.

Shakespeare wasn’t a thief; he was a composer.

I have come full circle now. I not only recant my complaints against the unoriginal Mr. Shakespeare, but I have begun my own project of adapting someone else’s words into a book that I will eventually dare to call my own. I no longer imagine myself to be Bach creating preludes from scratch, but Gounod, crafting a melody that will (hopefully) adorn the extant harmonies with new layers of beauty.

My capitulation to the artist’s role as plagiarist has been gradual, and I daresay it is not yet complete. For a very long time, I have prided myself on writing stories no one else would dream of, crazy stuff like reimagining Crime and Punishment as the story of a teenage vampire, or that weird screenplay where I explored Augustinian philosophy through the lens of neuroscientific research. (Trust me, you don’t want to read that one.) I have not lost my penchant for odd juxtapositions; I’m currently writing about a French countess who confronts alligators and Indians while still wearing her Parisian lace. But I have gradually accepted that my cherished originality was just another form of plagiarism. I did not write Crime and Punishment, after all. The slippery line between being influenced by and stealing from gets slimier with every story, until I wonder what, if anything, I myself have actually created during my tens of thousands of hours spent typing. “What has been will be again, what has been done will be done again; there is nothing new under the sun.”

Yet there is value in even the most derivative works of art. Bach wrote Piano Prelude No. 1, but he did not write Ave Maria. No one knows who first wrote Tristan and Isolde, but whoever it was, he did not write Romeo and Juliet. There is a spark within the metamorphosis, a tiny ounce of creativity—not the birth of something out of nothing, but the rebirth whereby something old becomes something new. Even the most innovative artists have only the world for their materials, only existing human languages in which to write (assuming they want to be understood), and only the realm of human imagination from which to draw their subjects. None of us create the clay. We only sculpt it. But in the sculpting, it is possible to transcend the clay, to make an asymptotic approach toward the act of creation as a folk tale becomes royal theater, a piano prelude becomes a prayer, and clay becomes beast, or man, or god.

All art is plagiarized to some degree; it must be, for there is only one Creator. But He, in His goodness, granted us both the desire and the capability to shape His creation, to take the work of His hands and transform it with ours. The longer I spend in acts of human creativity, the more convinced I become that God’s purpose in gracing us with this gift is to give us a window whereby we might peer, however darkly, into His own truly creative mind. If we open ourselves to come to know Him in the act of artistic creation, we can glimpse a few atoms of His genius and generosity. Through our art, we have the opportunity to love as God loves, by giving life to a thought, by imbuing humble things with lofty beauty, as He did when He created our lumps of human clay to become His own children.

I am trying to let go of the pretensions of originality I once held, though as with all human failings, old habits die hard. I am working to be content in my role as a mere plagiarist of the Creator. The act of plagiarism has become my prayer, that I might conform my feeble mind more fully to the mind of the only true Artist.