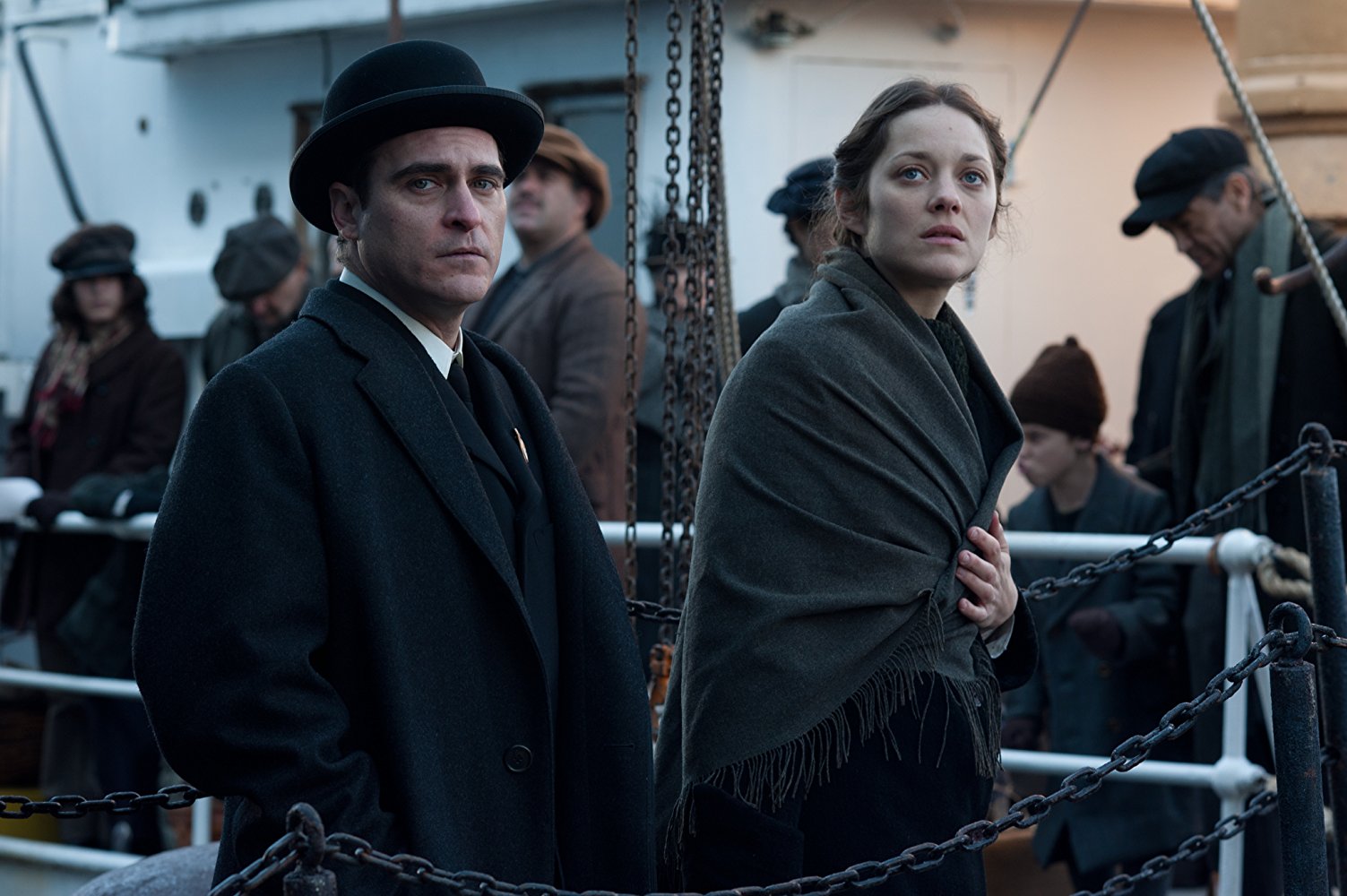 I stumbled across a gem on Netflix this week: The Immigrant, a 2013 film from director James Gray that I had never heard of. I gave it a chance because Marion Cotillard and Joaquin Phoenix are both actors I trust to deliver good performances. They did not disappoint, though Cotillard’s character is more consistent than Phoenix’s. But the film also provided a visual feast of cinematography, plus something I never dared to hope for: a story laced with Catholic-flavored themes of forgiveness.

Set in New York in 1921, The Immigrant stars Cotillard as Ewa Cybulska, a young Polish Catholic woman who has fled war and famine to come to the United States with her sister, Magda (Angela Sarafyan). At Ellis Island, Magda is taken into quarantine for tuberculosis, while Ewa is labeled likely to become a ward of the state and tagged for deportation. Bruno Weiss (Phoenix), who claims to be from the Travelers’ Aid Society, bribes the officials to set her free; then, through a mixture of kindness and coercion, he leads her into the burlesque show where he serves as impresario and the prostitution ring where he serves as pimp. It’s evident early on that Bruno has fallen in love with her, but that does not stop him from selling her on the streets. Ewa goes along with the scheme because she must raise a large sum of money to pay the bribes that will free her sister from the immigration detention center—money she cannot earn legally because she has no legal status in the United States.

Enter the inevitable third party of their love triangle, Bruno’s cousin, a stage magician named Emil (Jeremy Renner). He offers Ewa the opportunity to escape her life of degradation, but Ewa cannot leave her sister behind.

To this point, the film is a well-crafted drama, a period piece that manages to be both intimate and grand, leaving nothing of the topless burlesques to the imagination yet handling the prostitution scenes with unusual subtlety and discretion. James Gray knows how to use a single touch to evoke more emotional depth than a graphic sex scene ever could. The plot hiccups occasionally, with a few scenes that are too contrived, but on the whole the script provides a worthy vehicle for its excellent cast.

The turning point comes when Ewa decides to return to church. She attends Mass, praying to Mary for help for both herself and her sister, then stays to go to confession afterward. Bruno eavesdrops to hear her sins, including the priest’s admonition that she must leave the man who is misusing her. From this point forward, there were so many ways for the plot to go wrong—so many easy clichés the writers could have chosen. Instead, The Immigrant does the hard work of being genuine. It resists clichés, as well as the all-too-prevalent temptation to graft modern ideologies onto stories about the past. Ewa and Bruno are granted the rare dignity of being allowed to be true to themselves. The final scenes are nothing short of beautiful. I can hardly remember a better cinematic expression of genuine love—yet not even so much as a kiss is exchanged.

In reading through a few of the secular reviews of The Immigrant, I cannot help but notice that there is virtually no mention of the film’s emphasis on love and mercy. The immigrant experience in America, Gray’s talent for evoking emotion, and the plot’s occasional missteps seem to have gotten all the ink. But to this reviewer, The Immigrant was not only a treat for my eyes, but for my soul.