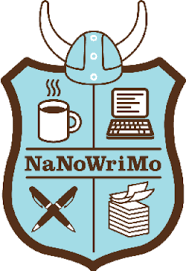 It’s November, and in writing circles, that means it’s NaNoWriMo (the rather awkward acronym for National Novel Writing Month.) As you probably already know, NaNoWriMo is an annual challenge to write an entire novel in 30 days—or at least, to get 50,000 words on paper, even if that might not be quite The End. Every year, people ask me, “Are you doing NaNoWriMo?”, and every year I answer, “No. I’m a tortoise, not a hare.” Then I try my best to cheer on all the speed-writers, because if writing a lousy novel in 30 days is your path to eventually distilling out a worthwhile manuscript, then go for it! I certainly know people for whom this process has proven fruitful, and I’m a firm believer in doing whatever works.

But there’s a fundamental problem with the idea that a writer’s progress can be measured by a word count, which is, of course, that a word count by itself imposes nothing in the way of quality control. “I wrote 20,000 words this week!” sounds like a great accomplishment, and if it represents a flurry of true inspiration or the end of a period of literary sloth, then it is. But those carefully enumerated words, by mere fact of their existence, do not always represent progress—nor do they always indicate that a writer has really overcome his or her tendency toward laziness. Sloth is an insidious sin that comes in many forms, of which the tendency to sit back and do nothing is only the most obvious. Sloth can also manifest itself as a laziness of artistry, and in this, the ideal of “productivity” plays right into the devil’s crafty hand.

There is no set amount of time that a writer must spend to craft a worthy novel. Newly-minted Nobel laureate Kasuo Ishiguro wrote Remains of the Day in four weeks—pretty much like doing NaNoWriMo. Stephen King has said that his first drafts, even of his longest novels, never take more than three months. On the other hand, Donna Tartt spent a decade writing The Goldfinch. Markus Zusak spent three years on The Book Thief. All of these are living writers working within the modern publishing industry. Clearly, in the race between hares and tortoises, the answer is that both can win.

Speed is not a writer’s enemy. But sloppiness is, and while good writing can happen quickly, sloppiness is more often the result of rushing than of careful slowness. Very few of us are Ishiguro.

The modern world has a tendency to want to quantify every aspect of existence. We trust numbers; we have been brainwashed to believe that numbers never lie. Two plus two is always four. Four is always more than two. Mathematical proof is final. Progress must move toward the right on the number line, not the left. In the case of something as ephemeral as a story—a genuinely un-quantifiable entity—we nevertheless seek comfort in whatever numbers we can attach to it. Word count. Copies issued. Copies sold. Dollars earned. See, we tell ourselves, progress is still numbers. Progress is visible. Progress moves forward.

And yet, for the writer, real progress often moves backwards. It is far better to cut the unnecessary scene, no matter how finely-wrought, than to foist it upon the reader. If problems in chapter one prevent you from writing chapter twelve, then it is far better to fix chapter one than to pound resolutely forward, knowing that you are building on a cracked foundation. Above all people, the fiction writer—whose calling is to probe the mysterious depths of humankind—ought to know that numbers can lie, that loss can be counted as gain, that paradox is our natural human state. And yet, we often allow the culture of consumerism to bully even novelists into believing that “productivity” must be our standard. Set up the assembly line. Push the words through. Next novel, please, or you’re fired.

Of course, novelists who are working under contract deadlines really must conform to these standards. However, I suspect that very few of the almost 400,000 people who participated in NaNoWriMo in 2016 had a contract to satisfy. Imagine if, instead of setting themselves a goal to write 50,000 words in a month, each and every one of those 400,000 people set the goal to write one masterpiece in a lifetime—one work of art that each individual would be proud to leave behind as a legacy to the world. Then imagine a whole community dedicated to supporting them the way NaNoWriMo tries to support its participants. What might our writing culture be like then?

What if, instead of asking each other, How many words did you write this week?, writers asked each other questions like, What did your characters teach you this week? What did you learn about your own artistic process? What did you write that required courage, whether because of its content or because you stepped out into new waters of style, genre, vocabulary? What difficult choice did you make concerning either content or craft? What beauty did you create? What love did you show? What empathy did you practice? These are the true hallmarks of progress for the fiction writer: that he or she exhibits dedication to the art and craft of storytelling, and that he or she nurtures a love for fiction’s subject, which is always humankind. Without this progress, a writer’s word count is meaningless—as will be the story those words contain.

Productivity is an idol that can lead to sloppiness and blind us to our real goals, not only as writers but in virtually any area of life. However, I cannot close without acknowledging that it has an equal, opposite idol: perfectionism. For many of us, there is a powerful temptation never to be satisfied—to do the opposite of rushing through sloppy work, and continue revising endlessly long after the work is done. It would be a noble thing if every writer set out to create one masterpiece in a lifetime, but rarely will the current project become that masterpiece. Humility is the only remedy for both of these extremes: humility to submit ourselves to become instruments of God’s creation; humility to look only at what is best for the work, not what is best for its creator’s pride; humility to acknowledge the limits of our own skill, to push them, but also to know when they are reached, and we have produced the best work we are capable of making. Then, and only then, should tortoises and hares alike be ready to cross the finish line and write, “The End.”