The Birth of An Idea 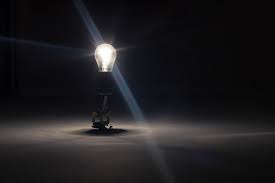 Where do ideas come from?  I don’t think anyone really knows.  We have all experienced the moment of, “Aha!” that seems to strike like a bolt of lightning, as if from some external source.  But no matter where ideas come from, a writer cannot afford to be without them, nor to sit around like a SETI observatory, a high-tech antenna waiting to pick up alien signals.  I do believe in inspiration–the in-spirited gift that comes from without, and yes, from the Divine.  But these gifts are usually more like seeds than full-grown plants, and unless the mind is tilled and fertile, the “Aha!” moment is not likely to give birth to anything more than a conversation.  How many times have you heard someone say, “I’ve got a great idea for a story/ movie/ invention/ etc.?”  And how many times did that person actually turn the idea into a finished product?

As a writer, I find that asking questions is one of the most useful ways to till the imaginative soil.  If I may change metaphors mid-stream, asking questions makes the process of creativity more like mining than farming.  Every question is a blow of the pick-axe digging deeper toward the gold.  Ask the right ones, ask them pointedly, and you’re sure to strike paydirt eventually.  But what are the right questions?

When I go in search of a new story to write, the question I have become particularly fond of–the sharpest pick in my tool belt, you might say–is, “Where is the line no one has ever crossed?”  I do not ask this question about sex, violence, and general shock value, the way HBO tends to ask it.  I ask it about storytelling traditions.  I look at the rules that have been laid out for a genre, probe the taboos, and then simply say, “Why not?”

When I talk about my upcoming novel, Jennifer the Damned, I can usually get people interested with only this statement: It’s about an orphan teenage vampire who lives in a convent.  This sentence conveys nothing about character, plot, or theme, all of which I assure you I spent a great deal of time developing.  But it is enough to put the words “vampire” and “convent” in the same sentence to get someone’s attention, because vampires don’t belong in convents.  Crucifixes, holy water, the Host… how will she survive?  Why would she stay there?  What’s the deal?

That, folks, is what Hollywood calls “high concept.”  Unfortunately, I had to leave Hollywood before I learned how to do it right.  It’s easy, really.  I’m not quite ready to write publicly about my next novel, which is still in progress, but although nearly everything about it is different from Jennifer the Damned–different tone, different time period, third person instead of first, no vampires–I used the same approach to finding a concept.  I took a very old story and then, on page one, did exactly what that story is never, ever supposed to do.  Two hundred and forty-three pages later, I’m still writing.

Then the real work begins…

Karen Ullo is the author of Jennifer the Damned, to be released on Halloween, 2015 by Wiseblood books.  To find out more, go to www.karenullo.com.