In the Footsteps of Alix de Morainville: My Research Trip to France, Part 2 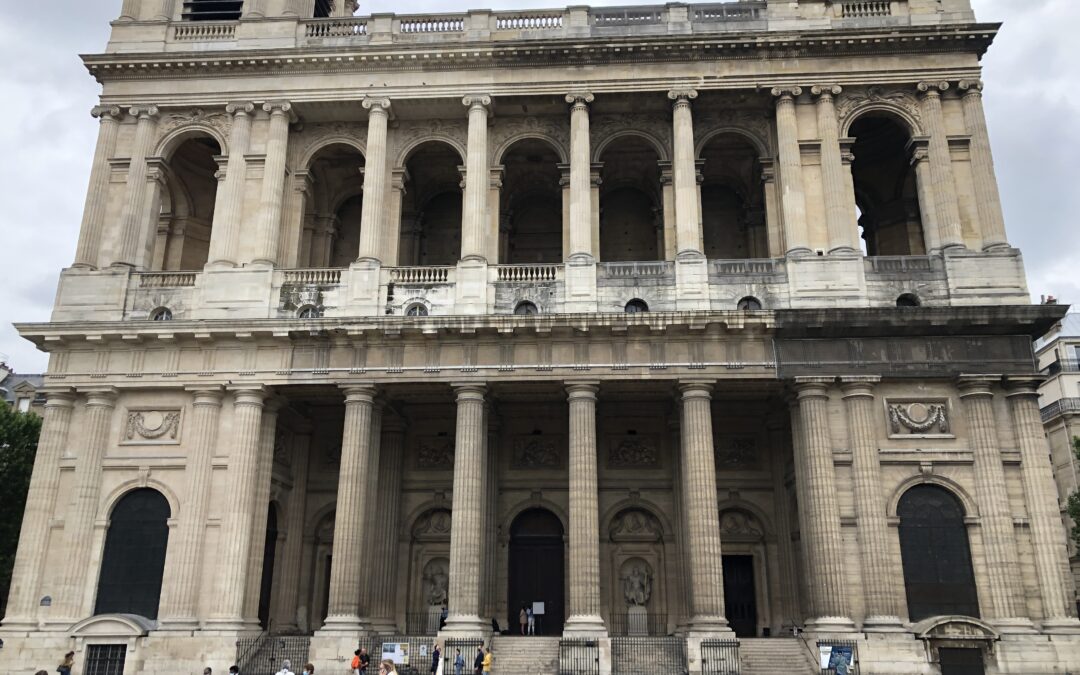 For several years now, I’ve been working on a historical fiction novel set during the French Revolution. The novel re-tells the story of Alix de Morainville, first introduced in George Washington Cable’s 1888 book Strange True Stories of Louisiana. The legend of Alix de Morainville holds that she was the daughter of a Norman count, raised in the tiny fishing village of Morainville, who later moved with her parents to the court of Louis XVI and Marie Antoinette at Versailles, and married her cousin, Vicomte Abner de Morainville. After her husband was killed during the French Revolution, she married her gardener, Joseph Carpentier, to lose her title and save her life. Then the two of them fled to Spanish-controlled Louisiana, into the wilderness of the Attakapas Territory, in modern-day St. Martin and St. Mary Parishes.

Read Part 1 of my adventures here.

Saint Sulpice was a major focus of my time in Paris because it is Alix’s parish church and the setting of several scenes from the novel. I toured it twice, as well as attending Mass and an organ recital. 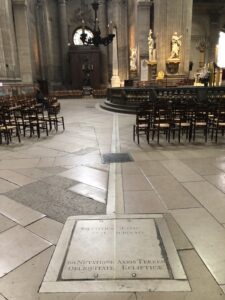 The astronomical gnomon inside Saint Sulpice, which uses the sun for extremely precise measurement of time. Some scholars believe its existence is the reason the Revolution did not desecrate Saint Sulpice to the same extent as most other churches. 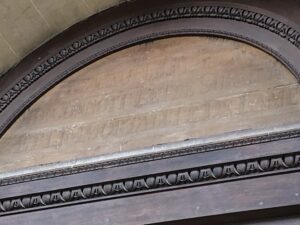 The last remaining artifact of the revolutionary Cult of the Supreme Being in France, above the doors of Saint Sulpice 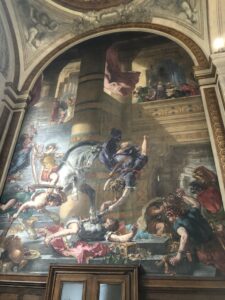 I did leave Saint Germain to tour sites pertaining to the French Revolution in other parts of Paris, as well as to visit the Carnavalet Museum, which only recently reopened after five years of renovation. I focused on the section devoted to the revolution, but if you’re going to Paris, you can easily spend an entire day there viewing everything from ancient streets signs to original Renoir paintings. 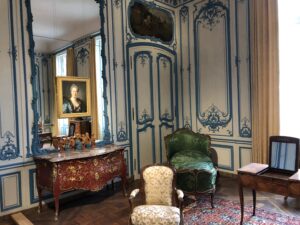 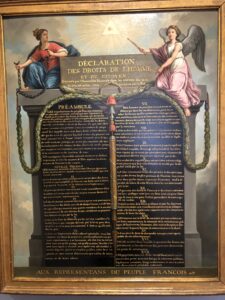 The Declaration of the Rights of Man and the Citizen, Carnavalet Museum 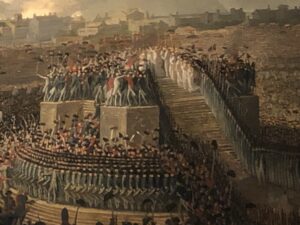 Detail of a painting of the Festival of Federation on the 1st anniversary of the fall of the Bastille, July 14, 1790, Carnavalet museum

Another highlight of Paris was a tour of Saint Joseph des Carmes, a Carmelite monastery before the revolution that became one of the major sites of the September Massacres in 1792—an event that will feature heavily in my novel. Here, one hundred fourteen priests who refused to swear an oath to the “Constitutional Church” were martyred, including many who served at Saint Sulpice. 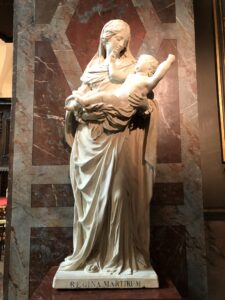 The statue before which the martyrs prayed immediately before being executed 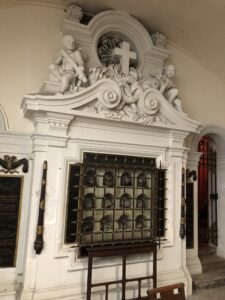