In the Footsteps of Alix de Morainville: My Research Trip to France, Part 1 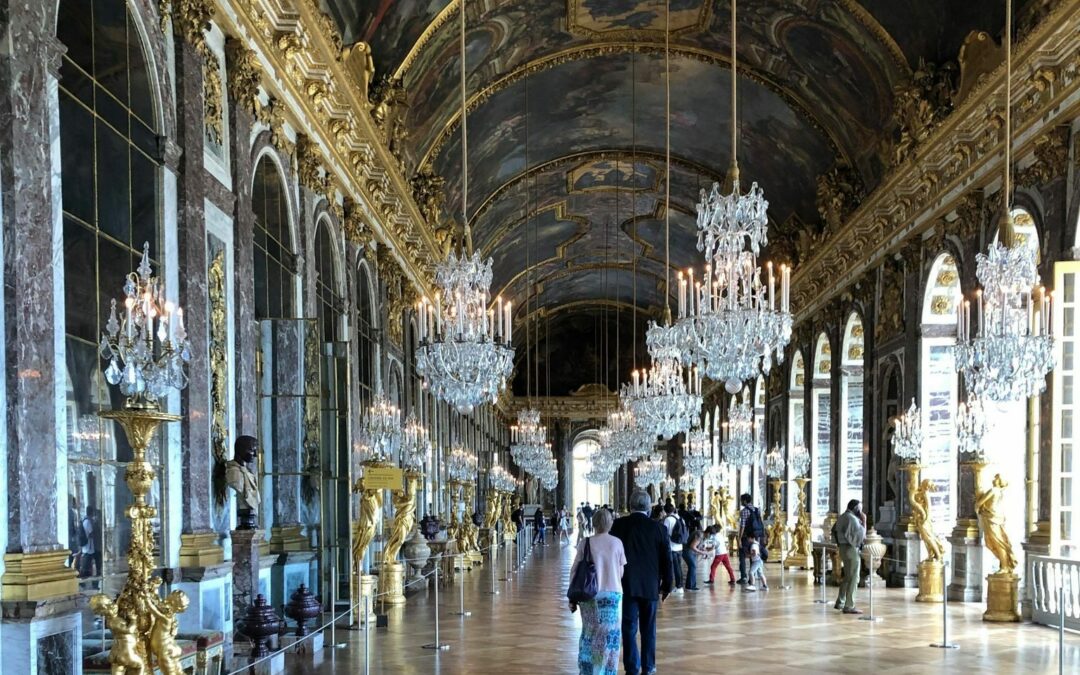 As those of you who follow me on social media know by now, for several years I’ve been working on a historical fiction novel set during the French Revolution. The novel re-tells the story of Alix de Morainville, first introduced in George Washington Cable’s 1888 book Strange True Stories of Louisiana. The legend of Alix de Morainville holds that she was the daughter of a Norman count, raised in the tiny fishing village of Morainville, who later moved with her parents to the court of Louis XVI and Marie Antoinette at Versailles, and married her cousin, Vicomte Abner de Morainville. After her husband was killed during the French Revolution, she married her gardener, Joseph Carpentier, to lose her title and save her life. Then the two of them fled to Spanish-controlled Louisiana, into the wilderness of the Attakapas Territory, in modern-day St. Martin and St. Mary Parishes.

This trip was supposed to happen last year, and my husband, Michael, was supposed to go with me. But, like most things in 2020, it got cancelled due to Covid. This time around, I went alone, but it was still Michael who planned the details.

One of the most difficult logistical challenges was to get inside the Royal Chapel, where several scenes in the novel are set. The chapel is closed to the general public and only accessible in one of two ways: you can go on a guided tour purchased through Versailles that takes place only at very specific times, in French, or you can attend a concert there. So, we planned the trip around a date when a concert was offered in the chapel, only to have it cancelled a few weeks before. The only possible way to get into the chapel was to purchase a tour that started mere hours after my flight landed and come straight from the airport.

So that’s what I did: 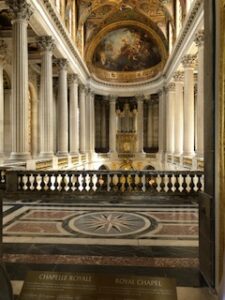 The Royal Chapel from upstairs 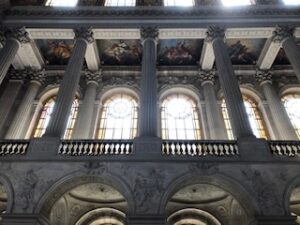 Gallery of the Royal Chapel 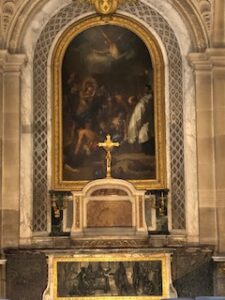 Tabernacle of the Royal Chapel

After dinner that evening, I also walked around the town of Versailles, which surrounds the palace, to see other sites related to the revolution. 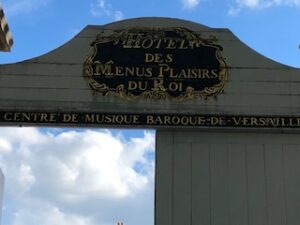 Hotel des Menus Plaisirs, where the Estates General and later the National Assembly of 1789 met. It’s now a music school. 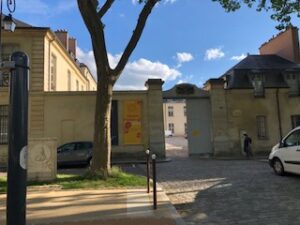 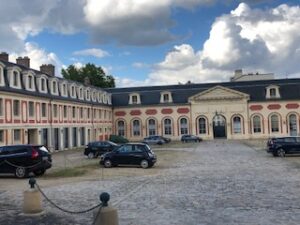 The next morning, I had arranged to meet a private, English-speaking tour guide at 9:00 am, but my alarm didn’t go off. Thanks to jetlag, I woke up at 11:25. If you ever go to Paris, hire Raphaelle Crevet. She waited for me. 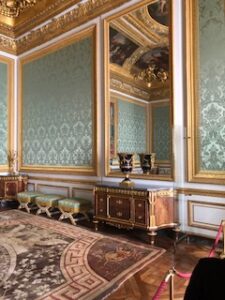 The Salon des Nobles, where Alix de Morainville will be presented to the queen 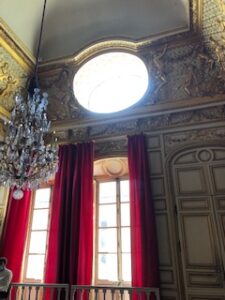 The Oeil de Boeuf, an antechamber of the king’s apartments that plays a part in the novel 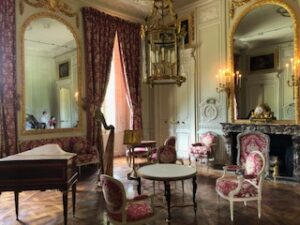 The reception room in the Petit Trianon, where Alix will play the harp for the queen

One particular point of interest for me, since Alix spends part of her life living in Versailles, was to get some idea what the apartments of the courtiers looked like, and how they lived. Unfortunately, most of those apartments were torn down in the 19th century after being vacant and neglected for decades. They’ve been transformed into things like offices, restaurants, and the Gallerie des Batailles. But I still got a lot of useful information from my guide. 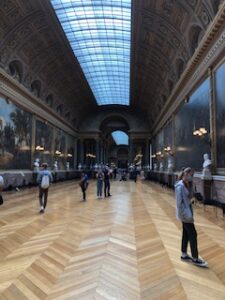 The Gallerie des Batailles (The Gallery of Battles)

Also, even though my concert in the Royal Chapel was cancelled, I got to attend one in the Royal Opera instead: 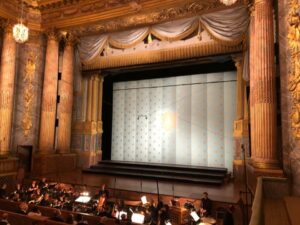 The Stage of the Royal Opera of Versailles 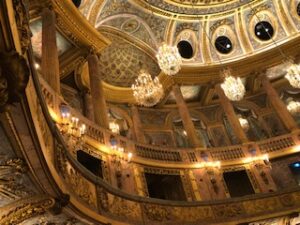 Upper Galleries of the Royal Opera 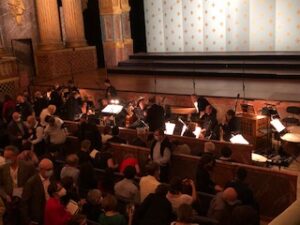 Orchestra of the Royal Opera 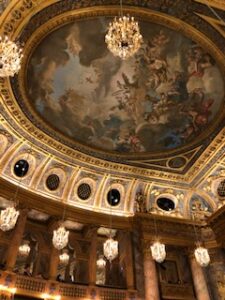 Ceiling of the Royal Opera