Ask any group of reasonably well-read Catholics to name a living Catholic horror writer, and, since the death of William Peter Blatty early last year, the only one they can usually come up with is Dean Koontz. (I should know. I’ve made the experiment on multiple occasions.) But during the past decade or so, as we have seen a small but intentional movement toward the cultivation of Catholic fiction, a few brave authors have begun to delve into the darker side of the spiritual realm and still emerge with their faith unscathed, or even strengthened. If you’re looking for good stories to send shivers up your spine that will not leave you in the depths of atheistic despair, the authors below are worth checking out. 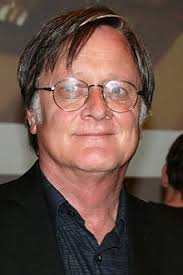 Tim Powers is an acknowledged master of fantasy with dozens of novels and short story collections. His work has inspired spin-off video games and even the fourth Pirates of the Caribbean film. He’s also a practicing Catholic. At a talk he gave last year, which I attended, Powers said, “Any reader who goes looking for specifically Catholic fiction would be a bit at a loss with my books.” He went on to say, “What fantasy fiction does is to literalize metaphors… To un-literalize all of our stuff defeats the purpose of the genre… but of course, any story can serve both purposes.” In other words, you may have to do some metaphorical thinking to find the Catholic themes. Powers writes primarily “secret histories,” that is, history reimagined as if the real events had in fact been shaped by supernatural forces. Just skimming the list of his novels, you’ll see words like voodoo, zombies, psychic vampire, magic, werewolf… in other words, a little something for every creepy taste. 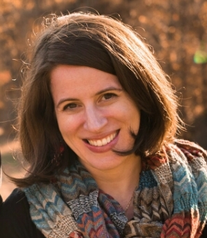 Eleanor Bourg Nicholson is one of our former editors at Dappled Things. Her novel, A Bloody Habit, was released by Ignatius Press this summer. My full review is forthcoming in our next issue, but suffice it to say, it’s Victorian skepticism and Dominican vampire slayers at their best. As Nicholson said in a recent interview with Catholic World Report, “If evil isn’t evil, and sin isn’t sin, and vampires aren’t vampires, the thrill of the Gothic is reduced to lame angst. I find angst very boring indeed.” There is nothing boring about A Bloody Habit, and I’ve heard rumors that she’s working on a sequel with werewolves!

Andrew Seddon is an author who comes highly recommended to me, but whose work I have not yet had a chance to explore. However, the brief glance I took at the samples available on Amazon convinced me that I need to move him up on my To Read list. Seddon is the only author featured here who has not written a vampire novel. (What can I say? Vampires drink blood to achieve immortality. It’s a trope that resonates with Catholic imaginations.) Instead, Seddon prefers good, old-fashioned ghost stories. He has two collections of spooky short stories, Tales from the Brackenwood Ghost Club (2017) and What Darkness Remains, just released last month. He also writes science fiction, historical fiction, and devotionals.

Lastly, there’s me, which I mention because if you go looking for work in this tiny niche of Catholic-themed horror stories, my name will probably come up. My own contribution to the genre is my 2015 novel Jennifer the Damned, published by Wiseblood Books. It’s about an orphan vampire raised by nuns. Like Nicholson, I’m not a fan of modern quasi-vampires. Jennifer kills people. Things get messy. Metaphors are literalized.

If you know of Catholics or other Christians who are writing quality chilling tales, please share them with us in the comments! (I’m looking at you, Orthodox brothers and sisters. Vampires came from your neck of the woods.) The realm of the Gothic is fertile soil for the Christian imagination, but for a reader, it can be daunting to try to find the wheat hidden among the detritus of chaff. I hope this helps.