What Was In Lady Vivienne’s Poison 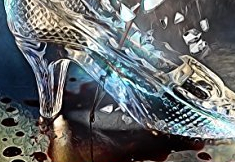 I almost never post the kinds of things fans seem to want from an author: short story spinoffs of novels, cut scenes, behind-the-novel glimpses into how a story evolved. I suppose it’s because I’m not a very good fan myself. I want to read a book (or watch a movie, etc.) and judge it on its own merits. I want it to be complete unto itself, to satisfy my appetite for story in its own right, and I don’t much care what else might be out there to supplement it, especially because the supplements are usually of lesser quality. I don’t begrudge anyone for being a fan. To find something you like and desire more of it is far more sensible than my approach. It’s just not an approach I know how to take.

Not surprisingly, I write the way I want to read: with an aim toward creating the most complete, satisfying work I can, which needs no supplementation. If I cut something, there was a reason, and it needs to remain cut. If I left out a piece of information, it’s likely I don’t know it any more than you do. You can ask me until the cows come home how Helen turned Jennifer into a vampire in Jennifer the Damned, and my answer will always be the same: Jennifer doesn’t know, therefore she never told me.

But I do know what was in Lady Vivienne’s poison in Cinder Allia, and I’ve decided it’s time to let my fans know, too.

If you haven’t read Cinder Allia, fair warning: there are spoilers ahead!

If you have read it, you know that much of the plot centers around the fact that the invading Darrivant army is using poison-tipped arrows that steal the Arman soldiers’ free will and turn them into mute slaves who must fight for the enemy cause—and it is Allia’s wicked stepmother, Lady Vivienne de Camesbry, who brews the poison. In the book, I never told you how she did it because there never seemed to be an appropriate moment when Vivienne—the only person who knows—would dare to mention it, even to herself. The secret is far too valuable.

Prince Raphael conducts experiments to try to distill the poison’s secrets. “He was certain the potion contained iron, granite, nightshade, and traces of some creature’s blood, but none of that information put him closer to understanding how it worked.” If he had only had a way to identify from which creature the blood had been procured, he would have found his answer.

It came from a fairy.

Lady Vivienne has never shrunk from murder. Exactly how she killed a fairy… I suppose that’s the stuff of the kind of spinoff I usually never write, isn’t it? Since I haven’t written it, I don’t know the answer. But I do know that she only had access to the blood of a single fairy, and therefore she could not have continued producing the potion forever. There was always a time limit on her decision to either defect to the Darrivants or to secure her place among the Armans by selling the secret of her potion… and, of course, blaming her stepdaughter for its existence.

The only magic in Cinder Allia is fairy magic. The fairies themselves only employ it for good, even if they are not always successful in achieving their aims. It takes a human with murder in her heart to appropriate such a pure gift for an evil purpose.