The Overrated Art of the Opening Line 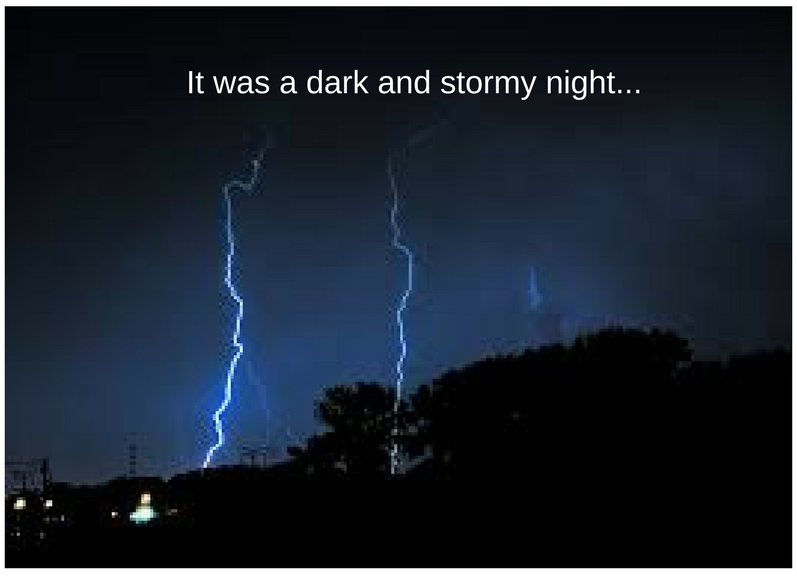 Anyone who has ever taken a creative writing class has been indoctrinated with the importance of the first impression. That elusive perfect opening image, the one that instantly hooks the reader, that declares this book to be un-put-down-able, has developed an almost mythical importance among fiction writers. My Google search for “how to write a great opening line” turned up 83.5 million results. There are even first line generators to get you started, if you happen to be incapable of forming a sentence but still want to be a writer. However, it recently occurred to me that I could not recite the opening line from a single one of my favorite novels. The ones that I’ve included here, I had to go look up. On top of that, my all-time favorite opening line is not really an opening line at all.

Something here is fishy.

My all-time favorite opening line is from Slaughterhouse-Five. It says, “Listen: Billy Pilgrim has come unstuck in time.” It does everything a great opening line should do: it establishes an unmistakable authorial tone, which even dares to break the “fourth wall” and speak directly to the reader; it introduces a character whose very name, “Billy Pilgrim,” sets him up as an everyman on a journey; and it creates a circumstance that makes Billy Pilgrim ridiculously interesting, namely that he’s come unstuck in time—whatever that means, but I sure want to read the book to find out. It’s eight words of perfectly-written dramatic hook.

But it’s not the opening line. It’s the beginning of chapter two . . . and it also appears at the end of chapter one:

I’ve finished my war book now. The next one I write is going to be fun.
This one is a failure, and it had to be, since it was written by a pillar of salt. It begins like this:
Listen:
Billy Pilgrim has come unstuck in time.
It ends like this:
Poo-tee-weet?

“Listen: Billy Pilgrim has come unstuck in time” is a spectacularly brilliant opening line that gets intentionally buried, and whose impact is intentionally undercut by stating it before its proper dramatic time. It’s almost like Kurt Vonnegut took the rule book for writing opening lines, dared anyone to do it better, and then threw the story in a trash can like Kilgore Trout was sometimes wont to do.

The actual opening line of Slaughterhouse-Five says, “All this happened, more or less.” Which is complete and utter nonsense, and provides no dramatic hook at all.

And so it goes.

But, of course, there are plenty of more famous opening lines than my particular favorite. Perhaps the one that is most frequently mentioned when people say “Famous Opening Lines” is from Dickens’s A Tale of Two Cities.

Enough with the comma splices already.

Punctuation aside, there is not a single element of drama developed in this rambling paragraph of a sentence. Not a single character is introduced; we have no idea what time period is actually being described by all these superlatives; and the only active verb contained within the string of passives is “insisted,” which carries all the dramatic weight of a toddler stamping his foot.

And yet, it’s arguably the most famous opening line ever written.

My favorite book of recent times is The Book Thief by Markus Zusak. The opening line says: “Here is a small fact: You are going to die.” Which isn’t drama, and it isn’t news.

Another, even more recent book that I very much enjoyed is The Orphan Mother by Robert Hicks. It begins:

To the shabby house on Columbia Avenue they came, the four of them, all in black, narrow ties fastened with jeweled stickpins about their necks.

At least something happens in this one: the drama of the jeweled stickpin. How riveting.

Here are a few particularly dull opening lines that I found on the American Book Review list of 100 Best First Lines from Novels:

Where now? Who now? When now? —Samuel Beckett, The Unnamable

For a long time, I went to bed early. —Marcel Proust, Swann’s Way

He was an old man who fished alone in a skiff in the Gulf Stream and he had gone eighty-four days now without taking a fish. —Ernest Hemingway, The Old Man and the Sea

If I wrote “You are about to begin reading Karen Ullo’s new novel, [insert title here]” and turned it in to my creative writing professor in any university in the world, it would be handed back to me covered in bright red ink. Yet there it is, on the list of the top 100 first lines ever written. It’s not a great line. It’s not even a good line.

But it’s a wonderful book.

What makes a great opening line is never the line itself. Certainly, it’s possible to put a zinger right up front, to entrap the reader Billy Pilgrim-style and—if you can manage it—never let him go. But what really makes a great opening line is the appreciation that comes from having savored the whole novel. The opening line is only truly beautiful after you have taken the entire journey with the characters, and then you stop to look back across the trodden path to see where you started and how far you’ve come. My, what a distance lies between “All this happened, more or less” and “Poo-tee-weet?”. “Here is a small fact: You are going to die” means quite a bit more once you know that Death himself is speaking. “You are about to begin reading Italo Calvino’s new novel, If on a winter’s night a traveler,” is really the only appropriate way to begin a book that . . . does whatever it is that book actually does. Just go read it.

I sympathize with every teacher or editor who has ever had to try to convince an aspiring writer that “[Character name] was drunk” is a terribly insipid way to try to catch a reader’s attention. I have had my fair share of those conversations; but the aspiring writer does have Sinclair Lewis on his side. The truth is, the art of the opening line has nothing whatsoever to do with an exciting, dramatic hook, or even clever wording; the only way to make an opening line “great” is to follow it with a magnificent story. Dickens’s comma splices hold such an exalted place in literature because they are the gateway to “a far, far better thing” than one line could ever hold.

Karen Ullo is a writer, musician, wife, and mother of two small tornadoes–er, boys. Her novels are Jennifer the Damned (2015) and Cinder Allia (coming in 2017.) She is also a regular Meatless Friday chef for Catholicmom.com. Find out more at www.karenullo.com.