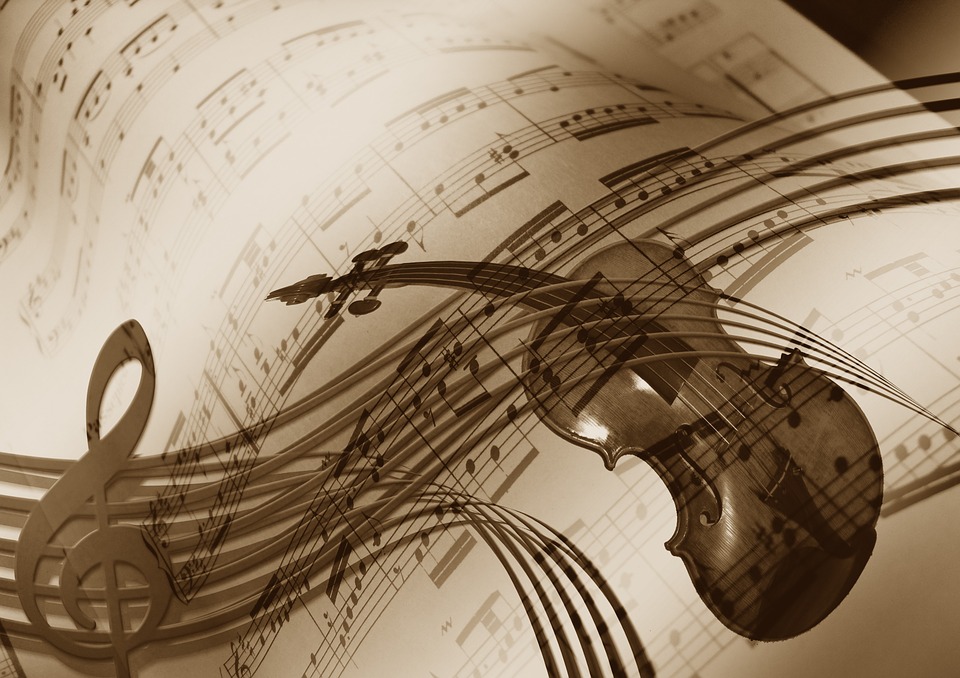 “To music” really ought to be a verb. I realize the -ing form of it would look rather awful: you’d either have to make it musicking—which looks sickly—or you’d have to run the risk of musicing being pronounced like “muse icing”—which is an interesting image, but not exactly what I’m going for. Still, there really is more to music-ing than “making” music.  The usual phrase connotes that music is a thing, like a table or a statue. But music is not a form of matter; it’s a form of energy. Music only exists when it is in motion. A vinyl record or a CD might be called “potential music,” but you’ve got to spin it for it to play. The potential energy of the hammers in a piano must become kinetic, and the kinetic energy must be converted to sound waves, or the strings will remain forever silent. Music is always active; inertia must be overcome by force not once for all time, like the energy channeled into a sculptor’s chisel, but over and over again, at the very moment when the music is required, or else it will not exist. Music-ing is always a verb.

I’ve been the music director at a Catholic parish for almost thirteen years now, and if there’s one thing I’ve learned for sure, it is that Murphy’s Law applies double to music, especially during Christmas and Easter. Anything that can go wrong, will go wrong. On my very first Christmas Eve in my current job, the vigil Masses ran smoothly, including a children’s “hand bell” performance using the color-coded bells popular in preschools and kindergartens. (Our organist owns the company that markets those bells, and she records the accompaniment tracks herself.) But later, when we arrived for midnight Mass, the organ would not play. At all. It wasn’t until Christmas morning that the pastor figured out some of the kids from the bell choir had banged on the back of the organ console and dislodged the fuses.

This liturgical year in particular has been a comedy of holiday errors. Once again, the Christmas Eve vigil Masses ran smoothly, but when I set up all the microphones for midnight Mass, I flipped on the sound system and. . . BUZZ. Not feedback. Just something-ain’t-right noise. Do you know how long the process of elimination takes to figure out what’s wrong with a sound system? It could be any single microphone, cable, or sound board channel causing the problem, and in order to test them, I had to keep turning the system on and off. And the switch is in the sacristy, a good thirty yards or so from where the musicians set up. And I was barely six weeks recovered from foot surgery, hobbling back and forth across that distance, until I stationed the deacon at the switch and kept signaling to him across the church. But it turned out to be a good thing we had an excuse not to perform our prelude music, because—despite setting an alarm—the pianist overslept. While I was desperately troubleshooting the sound system, the organist had to call and wake her up. The pianist is normally very responsible and punctual, but this time she had to stumble into church half-way through the gathering hymn, right after I finally ditched the offending microphone, without having time to determine whether it was the cable or the mic itself causing the buzz.

Still, no matter how many things go wrong, in my almost thirteen years as music director, we have never had a complete musical meltdown. We’ve had plenty of less-than-perfect services, but, no matter how close we’ve come, we have never had to simply throw in the towel and say, “Sorry, folks, no music today.” Much of this, of course, has to do with careful planning and built-in redundancy. I mentioned both an organist and a pianist; at most Masses, we use both instruments at the same time, which also means that if one accompanist gets sick or goes on vacation, the other is there to cover. If the organ malfunctions, we still have the piano. If the pianist oversleeps, we still have the organ. If I can’t sing, the pianist can cantor, too. But an even bigger part of our record of no meltdowns is the fact that we have had plenty of heavenly intervention.

The most obvious example of this came a few years ago on a Sunday during Lent. Because of a perfect storm of personal emergencies, both of our accompanists had to be out at the same time. Although I’d made plenty of calls, I couldn’t find a sub. I arrived at church on Sunday morning having prepared the choir for an all-a cappella service, and I announced our plan to the congregation before Mass. No sooner had I finished the announcement than a man I had never met appeared at my elbow and said, “You need a piano player?” I looked at him in shock and said, “Can you really do it on this short of notice?” He more or less grunted, “Yes.” I thought to myself, the worst thing that happens is we have one terrible hymn and then I tell him, “Thanks, but no thanks.” So I set the sheet music in front of him… and he blew us all out of the water. It turned out he was the band director from the local Catholic high school, someone I had emailed and spoken to on the phone but never met in person. People call him “Doc” because he’s got a Ph.D. in music.

The pastor’s reaction after Mass: “Angel of God, my guardian dear…”

However, the heavenly intervention usually comes in ways that are much less obvious to the people sitting in the pews. More often, it comes as grace in the midst of personal suffering. This year’s Holy Week was probably the most extreme example our musicians had ever witnessed. Holy Week has a tendency to be a great physical trial for me personally. There was the year when I premiered my original setting of the Exsultet with chronic tonsillitis. There was the year when I caught a stomach bug on Wednesday, missed our final rehearsal, and barely managed to keep my drugged, dehydrated body upright to conduct Holy Thursday and Good Friday. But this year, I had major internal surgery less than a month before Easter. The things that still hurt the most for me to do post-op are singing and conducting. Add to that the fact that the pianist is fighting a problem with her wrist, one of our cantors got sick, and several choir members are in the middle of moving back into their renovated homes after the flood. Best of all, the organ developed a cipher ten minutes before the Easter Vigil. That means a particular note plays constantly even when no one presses the key.

This really should have been the year when we threw in the towel.

But of course, we didn’t. There was quite a lot of codeine involved in my performance this year, but somehow I was still alive and conscious—and on pitch!—at the end of the last Mass on Easter Sunday morning. Somehow, the pianist still played. Somehow, the exhausted choir full of flood victims still sang. Somehow, the organist even managed to negotiate the cipher. Despite the best efforts of the world to drown us out, Easter in our parish was still filled with beautiful music.

If that’s not the work of the Holy Spirit, I don’t know what is.

My history with music-ing is long, complicated, and filled with almost as much pain as love. I guess that’s how you know when you’ve got a vocation. No matter how I try to get around it, music-ing continues to be an adventure, even when I’m long past the point when I’d prefer it to be dull. But I suppose that, as with most things in life, if music-ing were not my own personal Passion, I’d be tempted to overlook the ways in which it is a continual source of grace.

Karen Ullo is the author of the novel Jennifer the Damned. To find out more, go to www.karenullo.com.