Literature, It Is a-Changing 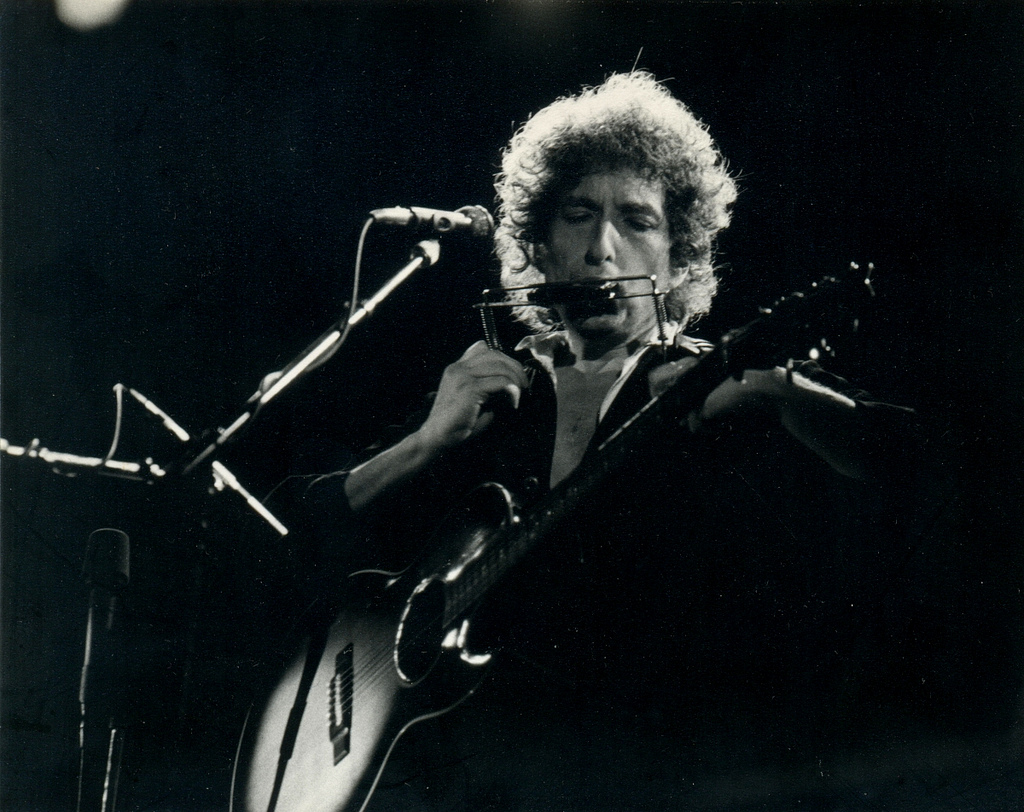 In case you missed it, this year’s Nobel Prize for Literature was awarded to Bob Dylan.

What does it mean for the world of literature when the best it has to offer is not a poet (in the traditional sense) or a novelist or a playwright, but a rock star?  In the words of the Nobel committee, Dylan received the award for “having created new poetic expressions within the great American song tradition.”  Dylan’s poetry is certainly poetry, capable of standing on its own in a volume of black and white print.  But the real power of his poetry lies in the fact that it is sung.  Is it even possible to read, “The answer, my friend, is blowin’ in the wind,” without hearing the melody (whether in Dylan’s voice or Joan Baez’s) echo through your mind?  Unlike the lyrical works of many great poets that were later set to music by other people, Dylan’s poetry was born on the strings of his guitar.  It was delivered to the world by the vibrations of his vocal cords.  If only the black and white print existed, does anyone believe he would have been half as influential as he is now?

So, the obvious question arises: Is music literature?

As both a musician and a writer, I have so long been intimate with both forms that my neural pathways are hard-wired to see (or rather, hear) good music and good writing as a single string being plucked in different ways.  For me, writing is music and music is story.  When an idea runs so deep that it cannot quite be grasped in words, it is the job of music to convey it; likewise, when the abstraction of musical sound is not concrete enough for human understanding, words step in to frame our thoughts and tell our tales.  Each serves its own purpose, and each can exist quite well without the other, yet the marriage of the two is as old as humankind.

But is music itself literature, or only literature’s symbiotic partner?  That depends how you define the word “literature,” of course.  Most dictionary definitions confine it to the realm of the written word and thereby condemn the Nobel committee’s choice.  There is, after all, something to be said for labels, organization, and not confusing everybody by trying to redefine well-established concepts.  But there is also something within a strictly writing-based definition of “literature” that fails to capture its spirit.  Writing is only a visual representation of sound.  Writing exists only as an extension of the oral – and aural – traditions of language.  How many of our most cherished folk tales were passed on by mouth before they were ever written down?  What of the troubadours, who recorded history with song?  The psalms would never have reached us if they had not first been sung.  Music is the foundation and the beating heart of literature.  The traditional structures and rhythms of literature can all be traced to the mathematics of music, just as the traditional dynamics of music correspond to the dynamics of storytelling.  Literature and music might be two separate branches of human endeavor, but they carry the same waters from the source.

Or maybe – if the Nobel committee is right – there’s no distinction between them at all.

Gonna change my way of thinking, make my self a different set of rules. Gonna put my good foot forward and stop being influenced by fools.